Take my breath away

Because it's so very true.

So, I saw it in the subject line on a message board I frequent, and my first thought was to hit up Snopes, to find out that it was just another of the biweekly "celebrity dies in car crash" hoax-scares.

Ten seconds and a Wikipedia headline later, and I find out that Heath Ledger died.

I've always liked Mr. Ledger's work. I dug "10 Things I Hate About You," I liked "A Knight's Tale" (though I've never cared for the soundtrack)--heck, I was a fan of "Roar" in its first run. I haven't yet seen "Brokeback Mountain," but I probably will soon, given recent events.

When the newest "Dark Knight" trailer hit, I said excitedly that any fears I'd had about Ledger as the Joker had been totally assuaged. While I'm still excited to see his performance, I wish it would be under less morbid circumstances. Finding out that he was working on a project with Terry Gilliam only adds to the tragedy of his untimely demise.

My condolences go out to Mr. Ledger's family and friends.

Late to the game

So, after hearing its wonders touted all over the Internets and Podcastings, I finally got my hands on Portal, and played through the main game over the last couple of days. Such a game, I figured, could never live up to the hype that has been generated around it. Spoilers ahead, if you haven't played, and I'm being so sincere when I say that if you haven't played it, you shouldn't read the spoilers.

I was wrong, oh so very wrong. The atmosphere is perfect, the characterization is brilliant, and the black comedy is hilarious. And then, there's "Still Alive."

And, of course, none of this mentions the portal gun, a brilliant device which realizes the utility and entertainment value of the classic cartoon portable hole. I spent a good portion of my childhood wishing that portable holes were real, and pondering the inconsistent mechanics of such devices, so Portal fulfills a long-standing desire of mine, and it's every bit as cool as I could have imagined.

There is one thing that I wish they'd have done something with (though there's always the chance for Portal 2): it's clear early on that there's no reason to trust GLaDOS, but I saw no reason to trust the wall graffiti either. First, much of it was clearly written by people who had lost their minds. Second, how could someone direct me to the exit unless they already knew where it was? If they already knew how to escape, why would they come back to leave directions? Why would I have the portal gun, when you'd almost certainly need it to escape? Why wouldn't GLaDOS do something about the escapees or their routes? No, the wall graffiti seemed like a ploy, either by people who didn't really know what they were doing and were leading me on a madman's journey in circles through the Aperture Science compound, or by GLaDOS herself, leading me into a byzantine trap. I hope future installments take advantage of this, specifically because of the creepy atmosphere in those parts of the game. And I really hope there are future installments, because this game was beyond fantastic.

Let there be cake!

I've often found myself enjoying Lovecraftian works in various stories, from episodes of He-Man and Justice League to All-New Atom storylines and Hellboy, but I've never really read any actual Lovecraft pieces. I mean, I read "Call of Cthulhu" late one night a few years back, but I don't remember much of it (I read "The Yellow Wallpaper" right before, and it was pretty late. One stuck, one didn't). But, after describing "The Mist" (the recent Stephen King film) as "Lovecraftian," I decided I ought to read a bit of the man's oeuvre so I'm not just talking out of my ass.

So, I bought a Lovecraft anthology (with the majority of the key Cthulhu Mythos stories in it) and I read "Dagon" online the other night. I'm digging it so far, but it's awakened a hunger from the depths of my psyche, for more good horror and monster stories. For some reason, I have a specific hankering for good vampire stories. I've read a few, and I'd like to check out "30 Days of Night" at some point, but I realized that I have no idea where to find a decent vampire story. I've seen enough adaptations of Stoker to know that I don't really want to start there, and I've heard enough about Anne Rice's stuff to know that they're probably not up my alley.

So, I'm putting out the call to you, loyal readers: what are some good horror stories, specifically ones involving vampires? Prose, graphic novel, film--advise me.
Posted by Tom Foss at 8:43 PM 12 comments:

So, apparently I'm awesome. I'm pretty sure there are more awesome people out there, but far be it from me to argue with the Invincible One. Anyway, in honor of my head-swelling victory, and in order to explain what Steven found unexplained, I offer you a bonus panel that didn't make it into the final cut. Inspired by this bit from Adventures of Superman #503: 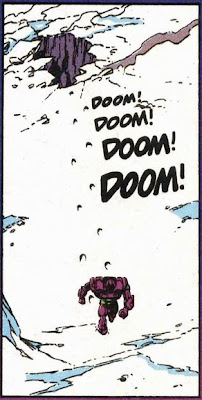 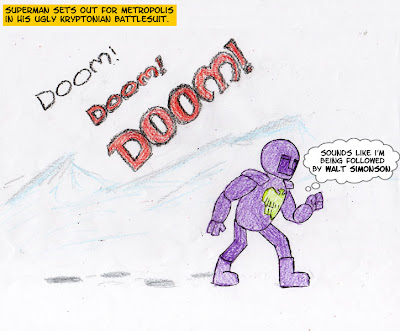 Here's my entry in The ISB's Annual Awesomeversary contest. As always, click for larger images. 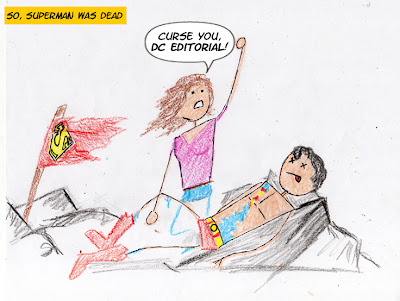 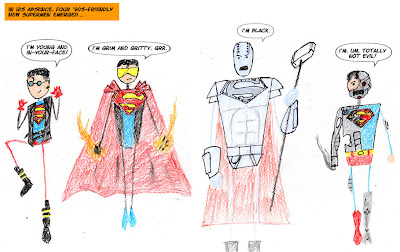 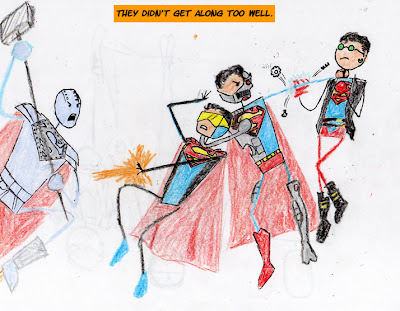 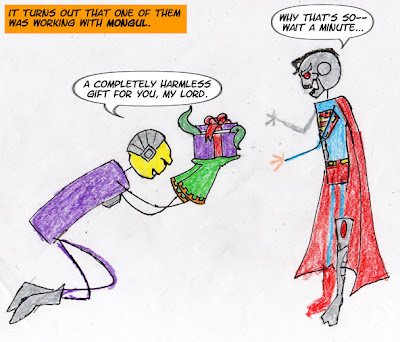 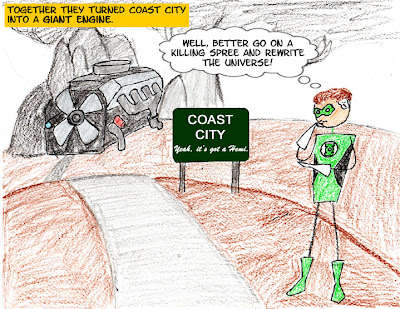 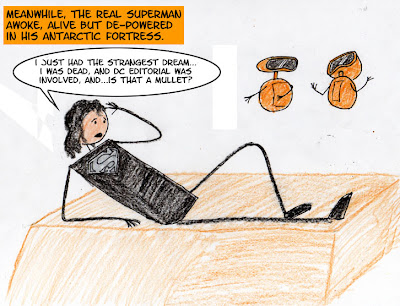 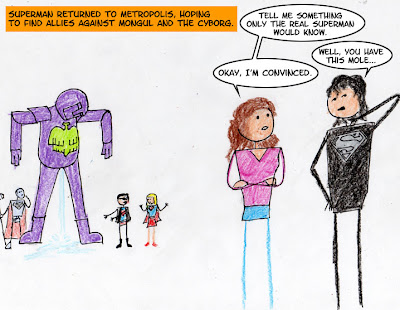 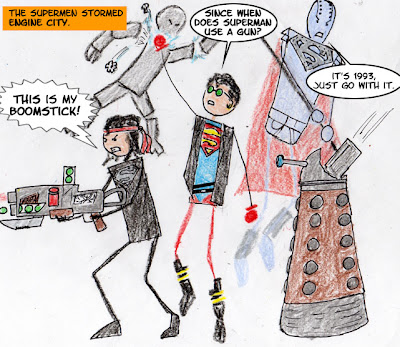 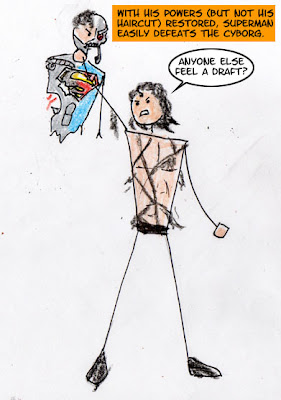 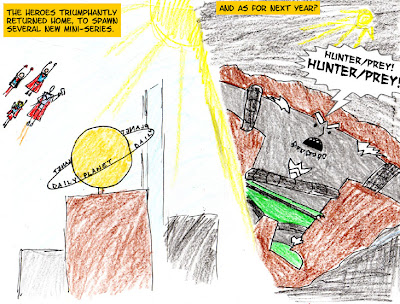