Spoilers Ahead!
Read more »
Posted by Tom Foss at 9:20 PM No comments:

Two Girls, a Guy, and a Pastoral Place 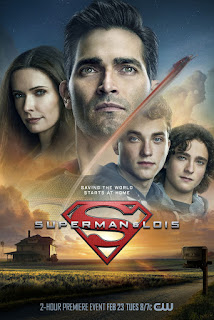 Whoopsie, went a whole year without posting.
I very much enjoy the Arrowverse shows, even though the only episodes of Arrow I've seen are the crossover tie-ins. Legends of Tomorrow is a constant delight, Black Lightning is incredible, The Flash is good superhero melodrama, and Supergirl is fine. It's fine. It's generally mostly fine.
Look, Supergirl started out strong on CBS, but since it moved to CW, it's been plagued by recurring problems. The cast is stellar. I love every actor and character on that show. Dreamer is a revelation, and I want to see her ongoing comic series (where maybe her powers will be slightly more clearly developed).
But the politics? The recent episode dealing with violence against trans women (and trans women of color in particular) was a welcome and refreshing shift in the show's usual tone of Peak Liberal White Feminism. For a show that has its heart so clearly in the right place, tackling real-world issues like internment camps for immigrants and the radicalization of cishet white men into fascist paramilitary organizations, it has also featured a hero who, up until last season, was consistently working with a government organization and adopting center-left approaches that openly demonized actual leftists and ignored intersectionality in favor of a lily-white worldview.
Buckle in, comrades. This is an anarchist blog now.
There are other problems as well. The way they derailed the Kara-Jimmy relationship to pair her with Mon-El for a season, then fumbled around to find something to do with his character until he left the show, feels more than a little casually racist. I think there are legitimate queerbaiting complaints to be had about how they've handled the Kara/Lena relationship. Alex's shifting desires and priorities have felt less like character development and more like trying to figure out where she fits in the show now. 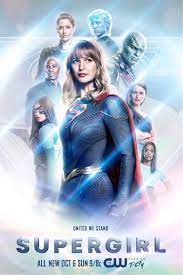 There's a lot of good, too, especially with some of this most recent season's course corrections. Killing Dean Cain's character offscreen was a hilarious solution to that unfortunate problem. I appreciated Brainiac-5's evolution that gave him a more comics-accurate Coluan appearance and removed some of the played-out "smart guy doesn't understand emotions" character type. I like that every time Lena says "Non Nocere" it makes me think of standing in a Buffalo Stance.
And I've liked Tyler Hoechlin and Bitsie Tulloch as Superman and Lois Lane, on the occasions where they've appeared. Tulloch isn't my favorite Lois, and I wish Hoechlin's costume had the trunks, but they've been quite good when they've shown up. And, you know, this is the first live-action Superman show with tights and flights and the word "Superman" in the title since 1997. I am, unexepctedly, excited for that.
Besides that, it's a different take on the characters. Lois gets second billing, but rather than being a will-they/won't-they romantic dramedy, it's centered on Clark and Lois as an established couple and experienced parents of teenagers. Personally, I'd prefer the kids to be younger—Crisis changed their single infant into two teenage boys—but I suppose there are some story and tone reasons to prefer teenage kids. Overall, I think a lot of the choices are really savvy: setting the story in Smallville immediately sets this show apart from urban Supergirl, and the teens who cut their sci-fi melodrama teeth on Clark and Lois and Lex in Smallville are now in their thirties, settling down and having kids of their own. This show has the potential of tapping into that 20-year nostalgia cycle for the mid-2000s. 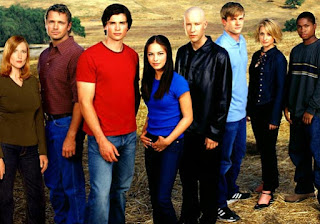 But...well, my excitement has been dampened somewhat in the lead-up to the premiere. Naturally, there's the stories Nadria Tucker has told about experiences in the writers' room, how they dismissed concerns about racism and sexism, about "#metoo jokes" and the like. There's also the optics; Supergirl is coming to an end next season, and it's hard not to feel weird about the diverse, female-dominated show about found family being more-or-less replaced with the nuclear family show whose principal cast is four white people, three of them dudes. I never really watched the trailer, but the response to it on my social media feed was largely negative (though for whatever reason, my social media feed is heavy on people who apparently aren't happy if Superman's not snapping necks in a rubber suit). On the other hand, I've seen really positive responses from two of the Superman fans I respect the most, Charlotte Finn and David Mann. And that clip of Hoechlin in the Fleischer suit and the Action #1 pose? Yeah, that's pretty cool.
So I'm not sure what to expect as I finally hit up the ol' TiVo and watch the two-hour Pilot. But I'm about to find out.
Posted by Tom Foss at 8:12 PM No comments: