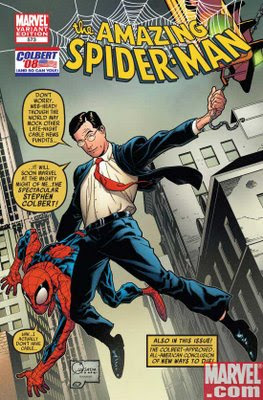 In ten, twenty years, this will look even more ridiculous and pandering than it does now. Joe Quesada, I have "The WØRD" for you: "Goody Rickels."
Posted by Tom Foss at 7:23 PM 9 comments: