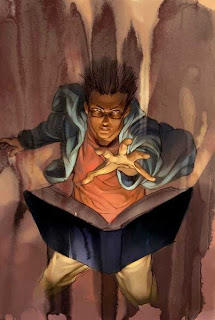 Okay, with that out of the way, here's what every Runaways fan knew was coming after reading that warning: Alex Wilder was the best villain ever.

Well, maybe not "best ever," but he was a perfect villain. Maybe I'm just bad at predicting things, but I never would have guessed that he was the traitor. Not in a million years. After all, he was the one without powers, he was the leader, he put together the Runaways, and he was the one who wanted to be a super-hero. He was the last person you'd expect to be the villain, and he was my favorite character on the original cast.

And that's what made him such a wonderful villain. We want to believe, especially reading a medium known for bright colors and stark contrast between good and evil, that we know who the good guys are and who the bad guys are. It's great when a character throws us for a loop in that regard, but it only really works when it comes about naturally. And that's the best thing about Alex's story: it all made perfect sense. His character arc led inexorably into darkness, and I'm sure I'm not the only one who followed him every step of the way.

That's the really frightening thing about Alex Wilder. He showed us the cunning, shrewd, cold, calculating, charming, attractive side of evil.

And we liked it. 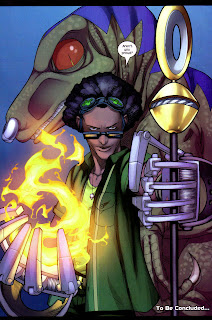