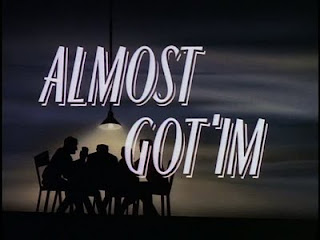 If you've never seen the episode, please stop reading this and go find it. I'm sure it's on YouTube or Hulu if you don't happen to own the entire Animated Series on DVD (in which case, I think that's grounds to take away your comic fan license--for shame!).

Anyway, the episode plays out as a series of vignettes told by Batman's rogues around a poker table in a seedy bar. The beauty of this setup is that it cuts right to the chase--Batman escaping from insane deathtraps--without trying to justify those deathtraps or those dire circumstances by building a whole plot around them. We don't have to know how Two-Face got Batman tied up to a giant penny on a giant penny-flipping device, and I think any story they tried to tell which led to that scenario would be disappointingly ridiculous. Instead, we get to see Batman pacify Poison Ivy's perilous pumpkin patch, survive the Penguin's Aviary of Doom, and earn the Batcave's second-most-famous prop. And of course, there's Croc's deathtrap, which while hilariously apt, is also probably the most likely to work. 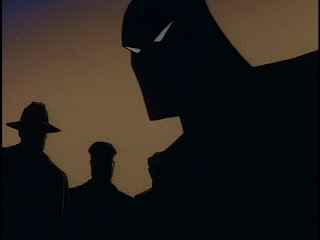 If the episode had just been Bat-villains sitting around and sharing war stories, it might have been entertaining, but it wouldn't have been great. What catapults this episode up to the legendary level is when the framing story takes over as the main plot, and there's that incredible, unforgettable reveal. That twist--and the one that follows it--present us with everything we need to know about Batman: master of disguise, world's greatest detective, and prepared for absolutely everything. This is Chessmaster Batman, achieved so perfectly and effortlessly by the Animated series staff.

And then Batman saves the day again, leaving us with just a taste of the Batman/Catwoman romance, and the perfect end to a perfect episode.

I'd worry about overhyping this story, about raising your expectations so high that they couldn't possibly be fulfilled, and that's certainly possible. It's also possible that you could watch ten seconds of this episode for one screen capture, having seen it dozens of times before, and still be unable to control the wide grin and giddily triumphant giggle at seeing Batman be Batman. I'll let you guess which camp I'm in.
Posted by Tom Foss at 10:54 PM