December with the Doctor: Getting Psyched 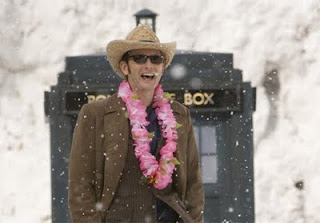 I've really enjoyed David Tennant's turn as the Doctor. The first episodes I saw of the new series were a few of Tennant's, and I enjoyed his take so much that I was reluctant to even give Eccleston's episodes a shot, being sure that they wouldn't stand up (they did). I've been dreading the end of Tennant's run as the Doctor. It took me months to finally sit down and watch "The Next Doctor," because it was as if that brought me one hour closer to the end of Ten.

But all that has changed recently. I was counting the hours until I could watch "The Waters of Mars," and "The End of Time" can't come soon enough for me. Why the change of attitude? Season Five, that's why. 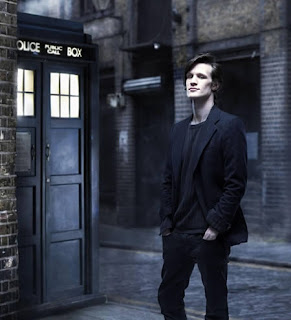 I was reluctant to accept Matt Smith at first (after all, the first promo shots, with that ridiculous pompadour weren't exactly awe-inspiring) but everything I see from the upcoming series, every semi-spoiler that leaks out, from the return of River Song to the redesigned TARDIS and sonic screwdriver, has me amped up and ready to see what crazy-awesome stuff Steven Moffatt is going to throw at us. I'm sure I'll love "The End of Time"--even if it does end with another patented Russell T. Davies Deus Ex Machina--but at this point I want to get it out of the way so we can move onward and upward.

Labels: December with the Doctor, Doctor Who, Geekery, TV

River's coming back?! We know this for sure? Where did you see that? I can't find any concrete information about it by doing a sketchy Google search.

I wonder if they'll explain how she recognized the 10th Doctor so easily.