I don't talk about it very often on the blog, but my early online life was dominated with He-Man. Very shortly after getting my very first AOL account, I signed up for the He-Man Mailing List, which I eventually became the head of (and...kind of let die when I stopped using my AOL account). I cut my argumentative chops on the He-Man.org message boards, fighting conspiracy theories and the obviously mistaken notion that "Grayskull" is properly spelled with an e. So when I heard that there were going to be new He-Man comics, I was pretty thrilled.

And then they were...not so good. The main story was a weird 'Lord of the Rings' pastiche, and the one-shots were generally awful. This was back in the early 2000s, which also gave us such disappointing 80s-revival comic ideas as "WilyKat and WilyKitt are sex slaves!" and "Pat Lee should take credit for someone else's Transformers art!" I understand that there was a lot of interference from Mattel in terms of what kinds of stories the folks at Image/Crossgen/MV Creations could tell, and it's not like they weren't big fans of the franchise. Heck, several of the people involved in making the Masters of the Universe comics were folks I'd chatted with for years on the mailing list and message boards. But in the end, it might have been better for some seasoned comics writers to be working on the series, or for Mattel to give some creative latitude. The failure of those comics, and the weird toyetic costume and focus change on the cartoon, really helped to kill my interest in He-Man. To date, there are still a bunch of episodes and issues of the 2002-era Masters of the Universe series that I haven't seen. Though, of course, I own them all.

About my only outlet for He-Fandom is that I still buy the occasional awesome, overpriced Masters of the Universe Classics figure, and sometimes I'll annoy my wife by turning on She-Ra reruns while she's trying to sleep. But I still love the property and the characters and the mountain of He-Man figures I have in my brand new basement. So I approached the new "He-Man and the Masters of the Universe" comic series with cautious optimism.

I've picked up the main series since it started, breathing a bit of a sigh of relief when James Robinson left and Keith Giffen took over. Robinson's been more than a little hit-or-miss for me, especially of late, but Giffen is always good.

The main series has been all kinds of mediocre. The main story is decent enough--Skeletor has finally won, taking over Grayskull and erasing all memory of his hated foe, and the driving conflict of Prince Adam trying to set things right has been a good idea.

A side-point: when it came time to create the spin-off She-Ra cartoon, the writers (most of whom had worked on He-Man as well) made the smart choice to put the protagonist in the position of fighting against a dominant enemy. Skeletor and his henchmen came off looking like buffoons not only because they were, but because the status quo left them as the underdogs, fighting against King Randor's rightful government, and constantly losing. Making the Horde a dictatorship occupying Etheria meant that even though every She-Ra episode ended with Hordak's forces losing, they still ruled the world, making them seem a whole lot more dangerous.

The execution has been somewhat lacking, however. The art is...I don't know, sloppy? Rushed? It just feels unfinished, and redesigning all the characters to be even more naked than usual leads to a lot of that same uncomfortable sexualization that plagued the ThunderCats reboot ten-ish years ago.

I'm curious to see where the ongoing series will go, but so far it's very much a book I'm buying out of nostalgia rather than any considerable interest.

In the last few days, though, I checked out the digital series. I'd downloaded a couple of issues already, but only really skimmed them. With the wide variety of creative teams, it's an understandably mixed bag. Geoff Johns' indulgent tale about his original character Sir Laser-Lot was mostly fine (even if it doesn't appear to have gone/be going anywhere), and I liked Mike Costa's Cringer/Battle Cat story (even if the person at the end--Teela? Queen Marlena?) was completely unrecognizable because apparently Eternia was besieged with an anti-redhead spell. But boy, Costa's story about King Randor fighting zombies and slaughtering Leech was awful, and representative of the same "let's add blood and ultraviolence" mentality that typifies these misguided attempts to rehabilitate children's media by making them more "mature." The "kids' cartoon character was an old soldier who fought zombies" was dumb when it was Kup in a Transformers: Spotlight issue, and it's doubly dumb here. And while I liked Kyle Higgins' story about Man-At-Arms, I could have happily gone my whole life without seeing Evil-Lyn screwing a guy to gain his loyalty.

Sex! Blood! Violence! Look, I understand that He-Man has always been more than just the FILMation cartoon. I understand that those early comics and minicomics were a lot heavier on the horror-fantasy art (thanks mostly to Alfredo Alcala) and straight sword-and-sorcery concepts. I understand that the cartoon was mostly goofy, and was hamstrung in terms of what it could do and show by watchdog groups and a group of companies who were reticent to do anything that might result in a reversal of the law changes that allowed the show to exist in the first place. I wouldn't expect a new, more free version of He-Man to feel beholden to the tone and rules of the '80s cartoon; I'd expect to see people getting punched and cut with swords. But, you know, I'd also expect to see some attention given to the things that make He-Man...if not actually unique, at least not Conan.

The thing that really sets the Masters of the Universe um...universe apart is that it's a mashup of a relatively typical fantasy world with kings and princes and magic and an evil skull-faced wizard sorceror, with a hi-tech sci-fi utopia of spacecraft and lasers and cyborgs. And then there's the occasional guy with a robotic elephant head, or a villain whose power is his overpowering odor. That's the stand-out element, and often the one that gets pushed to the side in favor of more by-the-numbers fantasy/barbarian storytelling. Without the fantasy/sci-fi meshing, He-Man is just Conan + Captain Marvel.

Of course, DC isn't doing any better with Captain Marvel either.

There's only one issue of either series that I've read so far that feels anything like the He-Man I grew up with, and that was Jeff Parker's brilliant Orko-centric issue. It could have ended with a moral and a wink at the reader, for crying out loud (and basically did). It embraced the goofy, silly, cartooniness of He-Man, while the other comics (while nearly all DC Comics) have avoided it out of a pathological fear of looking silly.

Look, the MOTU Universe is one where 90% of the inhabitants wear furry underpants. Two of the main characters are a magic floating laundry pile and Scooby-Doo's tiger cousin. The main character's name is He-Man. If it's not at least a little silly, you're not doing it right.

But that's the problem with so many comics. There's this notion that "silly" is going to cause comics to lose all that mainstream respect and regard they gained in the '80s and '90s, that if comics were to embrace the old-school goofiness, somehow Watchmen and Maus would vanish in a puff of smoke, and newspaper headlines would start reading "Bam! Pow! Comics are Only for Kids Anymore!"

The thing is, comics were at their most successful when they were silly, when they were for kids. Comics aren't going to draw any new attention by racing away from all that as fast as they can, and as fast as they have been. The readership has shrunk for a variety of reasons, but one of the major ones is that there are so few comics for kids being sold where kids can get them, and at kid-friendly prices.

Publishing a He-Man comic where the Sorceress's costume now features cleavage and a navel isn't going to draw any new readers or new attention to comics. Publishing a kid-friendly one probably wouldn't either, but it also might not just blend into the background noise of comics as a whole so easily.

And unfortunately, that's all this He-Man revival has been, mostly--one more entry in the long list of comics that instead of being an all-ages book is full of the same boring blood and sex and scantily-clad characters that every other book on the shelf is full of. Only the names are different.
Posted by Tom Foss at 9:11 PM 1 comment:

The last week and a half have been seriously stressful. Mostly just work (and a good deal of procrastination and disorganization coming back to bite me in the butt), but it's left me with almost nothing even resembling free time. Certainly not time to write, and barely even a few stolen moments to watch old Star Trek episodes or read a comic or two. I'm three months behind on Action Comics. Action Comics!

That said, I want to do more writing, and I've been doing a lot of thinking (about comics, naturally). I even thought about trying a daily posting thing for January called Jan-u-Arrah, where I'd post something about Element Lad every day, but at this point I'm just glad I didn't.

All that said, I'm going to start budgeting my time differently just as a necessity, so I'm going to try to start posting here more often. I'm setting the goal at once a week or more, which should be fairly easy by this time next week. And since it's Superman's 75th anniversary this year, I'm going to make this an even more Superman-focused blog than usual. My new tablet, loaded with comics, should make that fairly easy (and has already given me lots of ideas).

So hopefully you'll be seeing more of my writing in the near future. I've got something percolating that should be interesting, if I can get it off the ground. Check back here soon!
Posted by Tom Foss at 12:57 PM No comments: 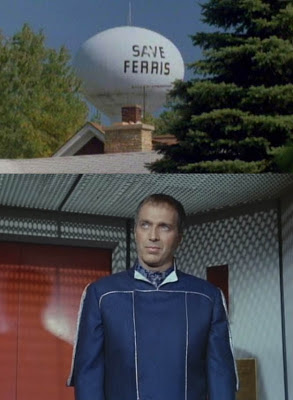