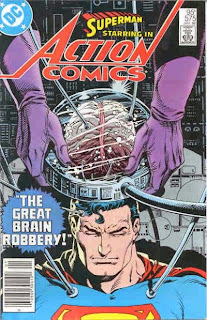 2. I also think it removes some of Supergirl's uniqueness. One aspect of her character that has only really been explored in recent years is that she grew up on Krypton, spent her formative years there, was immersed in Kryptonian culture and society. She's a teenage superhero "A Little Princess," orphaned and left to fend for herself in a strange land, without the comforts of home. She should be the one who remembers Krypton, not Superman.
Posted by Tom Foss at 8:07 PM 2 comments: