Change the channel, your life may depend on it! 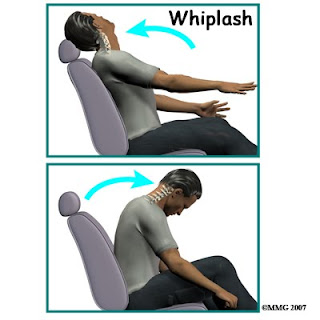 AMC is currently showing "Batman Begins." This is all well and good; it's a great flick, and I encourage anyone and everyone to watch it. However, when those credits begin to roll, I implore you to start channel surfing. Don't wait to see who the gaffer was, don't idly wonder what might be next up on the channel--if you value your health and safety, you'll seek out other viewing options, and quickly.

Why the urgency? Because after "Batman Begins," which is a great film and easily one of the top superhero movies of all time, AMC in its infinite wisdom has decided to air Catwoman.

The jarring difference in quality may cause severe whiplash, leading to neck strain, head trauma, concussion, or even vertebral fractures. Please, whatever you do, make sure you don't stay tuned to AMC after Batman Begins ends. I can't be held responsible for the consequences.
Posted by Tom Foss at 9:03 PM No comments:

So we've got the Superman/Batman direct-to-DVD flick coming out later this month, and that looks surprisingly good considering the story it's based on. Then again, I'll buy anything with that voice cast (with the apparent exception of Brainiac Attacks, which looked awful). After that, there's Crisis on Two Earths, which looks to be a direct adaptation of JLA: Earth 2.

There are lots of stories that I'd like to see get the animated film treatment. While they aren't the DCAU, the ones I've watched have been pretty darn good.

But thinking about it, the one story I'd really like to see (and I'd really really like to see it as a JLU story) is Tower of Babel. Blame Arkham Asylum for making me all Batman-centric lately, but a Batman-heavy story where Ra's Al Ghul and Talia steal Batman's failsafes for the entire Justice League seems like it'd be the perfect vehicle for a JLU animated movie. The twist, I think, and the way it would be more than just a comic adaptation, is that there are a lot more Leaguers in JLU than the big seven. While Superman's agony under red kryptonite's transformative effects and Flash's super-speed seizure would make for a lot of the drama, it'd be interesting to see the smaller scenes, where Talia and her men take out every other person on the Watchtower with Batman's plans.

Mr. Timm, if you're reading, please make this happen!
Posted by Tom Foss at 11:18 PM No comments:

Arr, mateys, it be talk like a pirate day! To honor this fine day, I present ye with one o' me favorite shanties about death and revenge on the salty sea, arrrr:

As you might have guessed, I've spent the last several weeks in a cave. A Batcave, specifically. I bought Batman: Arkham Asylum the day it was released, and playing it has taken up the vast majority of my free time...and a little of the time that I should have been spending working or sleeping. I started a review, but every time I sit down, I'm forced to choose between blogging and playing the absolute best superhero game I've ever played. But nonetheless, now that I've finally solved all the Riddles and whatnot, I plan on finishing up that review.

Working has assimilated much more of my time than I'd like, in large part because I'm not nearly as organized as I ought to be. The next several hours will see a marathon of organizing and working, as I try to get my head above water. In the meantime, here are some brief thoughts on the news that's happened since I last blogged: