Let the record show that I didn't irrationally hate Man of Steel, that I consistently had a lot of positive things to say about it, despite having serious problems with the last part of the film.

I cannot say the same for Batman V. Superman: Dawn of Justice. If you're looking for positivity and charity, look elsewhere. Spoilers, snark, and bile ahead.


It’s been three years since I watched this movie, but let’s be honest, it’s not like I’ve stopped thinking or talking about it for more than a few weeks at a time. For better or for worse, Man of Steel has had a major impact on how I think about Superman these last few years, even if it’s just because it crystallized the kinds of problems that make a Superman story go off the rails.

But I’m trying to be more positive here. I said in my original review that I mostly liked the movie, and while that didn’t hold as true on the second viewing in the theater, it still does a lot of things really well. So I’m going to focus on that. In addition, and possibly in conflict with that idea, a conversation I had some months ago has me wondering what people think of Superman in this universe. If you’re the average person on the street in Metropolis, how would you feel about Superman after all this?

With that out of the way, let’s fire it up. 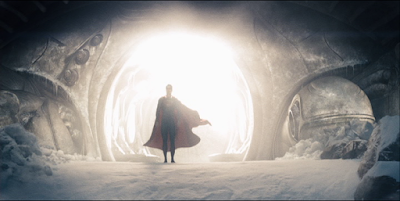