On Marriage and Metafiction 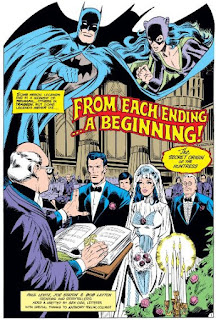 In Batman #49, the Joker has a conversation with Catwoman about her upcoming wedding to Batman:

Of course he wants peace. And I could give him that, and he'd love me. All I'd have to do is kill everyone. Harvey, Edward, Oswald, on and on. Me. But not you. It'd be so easy. And he'd be so happy. [...] If I did that, if you do this wedding, if he found some joy...he'd lose the frown and the costume and the big...black...bat. He can't be happy. And also be Batman.

At a San Diego Comic-Con panel, Dan Didio said this:

The Joker continues in Batman #49, saying he has to keep trying to kill people and Batman has to keep trying to stop him, or it wouldn't be any fun anymore. Didio has made similar comments in the past, such as when he addressed the controversy over nixing Batwoman's marriage by saying "Heroes shouldn’t have happy personal lives."

There's something interesting in the fact that the co-publisher of DC Comics has the same attitude toward one of their flagship characters as the character's muderous psychopathic arch-nemesis.

But, then, that's the point of Batman #48-50. King uses the Joker as a metafictional tool, taking the place of the writer and readers, and discussing the problem of ongoing serialized stories: Batman and Catwoman can't live happily ever after. There's no "The End" to Batman and Catwoman's stories. Some writer has to come back next month and throw another villain, another deathtrap, another dramatic twist at him, to keep the fans coming back.

The problem, the ongoing problem with Didio's (and various other, mostly middle-aged white male comic creators) attitude toward marriage, going back to "Superman 2000" and "One More Day," is the idea that "marriage" has to be "the end" of anything. When they broke up Peter Parker and Mary Jane, the justification was that it made Spider-Man seem younger and more relatable because he could get into love triangles, that marriage put an end to relationship drama stories. Now, it's that marriage make superheroes happy, and if superheroes are happy, they can't be driven by intense personal trauma.

These attitudes are part and parcel of a larger problem with society, the narrative that marriage is the end of youth, of fun, of freedom, of adventure. I've never understood this attitude, or why people would get married if this is how they perceive it (though it helps explain the divorce rate). 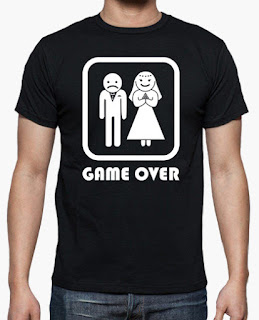 
People in the Bat family their personal lives basically suck. Dick Grayson, rest in peace—oops shouldn’t have said that,—Bruce Wayne, Tim Drake, Barbara Gordon and Kathy Kane. It’s wonderful that they try to establish personal lives, but it’s equally important that they set them aside.

That is a frigging recipe for drama, something these creators would know if they'd read, say, Spider-Man comics circa 1991, when a major source of conflict was how Mary Jane dealt with the stress of Peter constantly putting himself in harm's way, constantly having to rush away from time together to deal with other crises. I mean, this isn't new; it's a major source of the drama in comics going back to the beginnings of the superhero genre: how does a superhero balance their civilian and costumed lives? What's the impact on their friends and family when they're constantly disappearing for no clear reason? None of that goes away when they're married.

Similarly, marriage isn't a recipe for instant and permanent happiness. Even if we accept everything that the Joker and Dan Didio say about marriage, that's not a reason not to get married. It's a tension that will create drama in their marriage.

Marriage doesn't have to be the end of anything, and the attitude that it is ends up putting characters and relationships into a state of suspended animation, leaving new stories and new conflicts unexplored and unexamined on the table in favor of endless repeats of the already-familiar.

I've been enjoying Tom King's run on Batman so far, and I'm going to keep reading it. I don't think this is quite the end of the story. But I just wish creators would get over their fears of commitment and grow up a little, and let their characters do the same.
Posted by Tom Foss at 3:09 PM

There are some independent comics that prove your point, most notably Fred Perry's Gold Digger.