Let me tell you a story about a supervillain; see if you can figure out which one it is before I finish.

This villain is a DC character (hence why I'd be talking about him during Bat-Month) and a foe to one of DC's major characters. He was introduced during a major event and was the mastermind behind an intricate plot (spanning several different books) to destroy our intrepid superhero. The plot involved, among other things, manipulating several prominent supervillains into attacking the hero, while also trying to get at the hero by threatening his family and friends. This villain, though newly introduced, is not meant to be some Johnny-come-lately into the hero's life--on the contrary, the hero and villain have known each other since childhood. They were close friends as children, even attending Boy Scouts together. Unfortunately for our hero, the villain was always compared to him by his parents. As such, his hatred for his parents developed into resentment for the young not-yet-hero. He saw our young hero as possessing all the things he wanted, including his parents' admiration. As he grew, he vowed to destroy our hero--a task made all the more easy when he deduced the hero's true identity. Armed with weaponry that tied intimately into the hero's own origins, he embarked upon that intricate plot to take the hero down.

Have you figured out who I'm talking about yet? The answer lies below the fold. 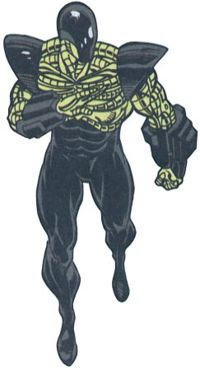 What, you were expecting someone else? Someone Bat-related? Hush, you.
Posted by Tom Foss at 8:32 PM

Sorry Gabe, this is a family-friendly blog. No racist morons allowed.

heh I actually guessed it.

Tom, the fact that Gabe turned up to troll your blog shows that he is smarting from some of the brilliant put downs you've been blasting him with.
Keep up the good work.