Five Things I Hate about Christmas

I know, I know, I'm saying "Christmas" throughout this column. Don't mistake that for some sort of endorsement of that holiday over, say, Chanukah or Kwanzaa or Saturnalia. I'd like to buy into the idea of a "universal" Christmas, a unifying spirit of peace on Earth and good will toward everyone. The same sort of Christmas that they might celebrate on an alien world like Eternia. 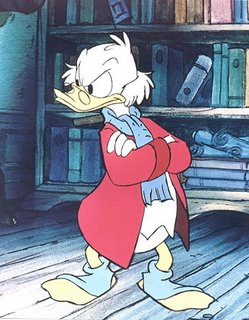 With that out of the way, you don't have to belong to any specific denomination to say "Bah, humbug!

5. Crowds: I hate the way that every place I go 'round this time of year is packed with people. I like to hang out at Borders, but even Borders is subject to the Christmas swarming. I stood in a line yesterday that wound all the way back to Political Science. Nothing is sacred, no place is safe from the hordes of last-minute shoppers. Honestly, why are there so many? Do people just not watch calendars? It's not like Christmas sneaks up on people.

4. Hallowgivinmas: Okay, sure, it's a common complaint, but Christmas has been marginalized. Most major world religions celebrate something at Winter Solstice; it's supposed to be a time of renewal and rebirth and hope. It hearkens back to a time when many people wouldn't make it through the Winter. You get to Solstice, and the nights don't get any longer. You're over the hump; if you made it this far, it's all downhill toward Spring and Summer. This is a time to celebrate life and being alive. This is what and why everyone should celebrate at Solstice. Instead, we start Christmas the day after Halloween, draining any meaning and wonder and hope out of the season. Christmas should be the bright, shining spot in the dull grayness of Winter. Starting it early makes it synonymous with that grayness, with that hopeless bleak despair. Making it synonymous with cold, remorseless consumerism and materialism instead of life and wonder and hope certainly doesn't help that situation. No wonder suicide rates go up at Christmas.

3. The Fakeness: I'm going to go out on a limb here and say that Christmas shouldn't be a time when people set aside their differences and fill themselves with warmth and joy and love and kindness for their fellow human beings. People should do that the whole year, not just at Christmas, yet people seem to think that holding the door open or helping someone with their packages or letting someone pass them on the freeway in December makes up for acting like a creep for the other eleven months. That's the sort of fakeness that I hate. A veneer of niceness doesn't change the crappy person underneath. That, and I hate fake Christmas trees. We've used a plastic tree of one form or another for several years now, and I absolutely hate it. I always remember Lucy Van Pelt's pink aluminum Christmas Tree, and how much I miss the smell of pine and the real needles and the generalized genuine-ness of an honest-to-Rao Christmas tree. 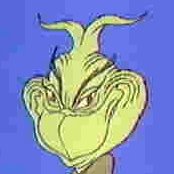 4. Schmaltzy Christmas Music: "Christmas Shoes" might be the worst, but there's plenty of bad Christmas music. Anyboy band or easy listening star who decides to revisit the classics falls right into this category (except maybe Harry Connick, Jr., but that's just because's he's a crooner born in the wrong time). Also, anyone who fails to realize that some Christmas songs have been sung definitively. I realize that Nat "King" Cole probably wasn't the first to sing "The Christmas Song," but anyone who's heard him sing it knows that he should have been the last. That song belongs to Cole, now and forever, just as "White Christmas" belongs to Bing Crosby and "You're A Mean One, Mr. Grinch" belongs to Thurl Ravenscroft. No one's going to improve on those. Any attempt will be a pale imitation. Why set yourself up for utter failure? See also: people who cover Beatles songs.

5. "A Christmas Story": Jesus Christ, if I never see a frame of "A Christmas Story" again, it'll still be far too soon. I think I've seen it all the way through once, and I hated every excruciating second of it. I don't know why people love this movie. I don't see any appeal to it. When it's not vapid, it's obnoxious. Yet, for some reason, TNT plays it for 24 god-forsaken hours every Christmas, and I have to remember not to surf anywhere near that station. I hate this movie with a passion that burns deep in the heart of my...uh, heart. I would sit through "Christmas Shoes" on a loop for a solid week before I ever willingly watched another second of that dreck.

And yet, every time I hear one of those nearly-as-awful Ovaltine commercials on the radio, suppressed memories of this movie bubble up into my brain like bad shellfish. Ugh.