"Well, one thing's for sure: nobody's going to be looking at your face."

As is becoming a theme, new pictures have leaked from the set of "Man of Steel," giving us our first really clear look at the new Superman costume. Some key shots (stolen shamelessly from Superman Homepage and ComicVine) here: 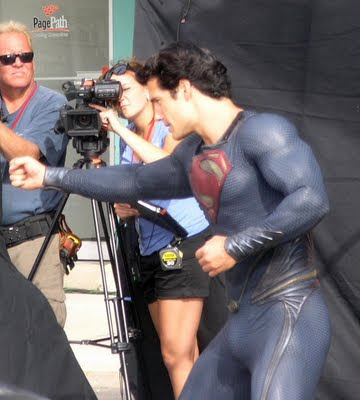 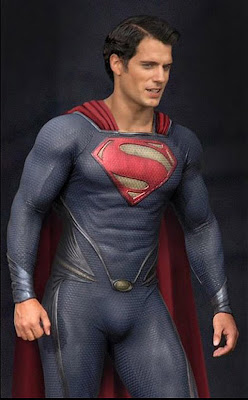 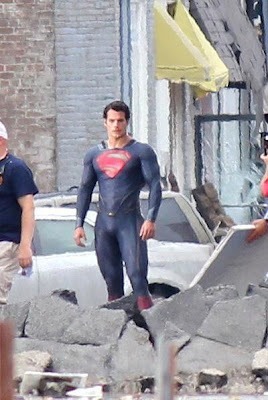 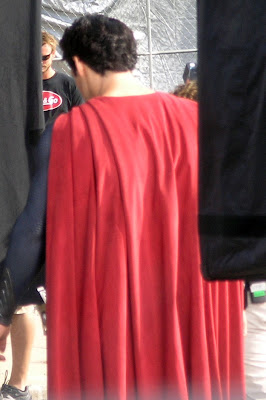 Well, one thing's for sure: Ma Kent didn't sew that one. I'll just tackle things the way I did when the first pictures hit. Set your browsers to 'bulleted list'!