Redheads in their Natural Habitat

DC's been taking some lumps over the past week for the Starfire controversy, alleging that the character's portrayal in "Red Hood and the Outlaws" was somehow demeaning or stereotypical or sexist cheesecake pandering. But I think one commenter on Robot 6 is clearly saying what we're all thinking on the subject. Obviously women aren't unduly objectified in comics. After all, men are just as objectified--I mean just look at them! No guys ever look like Superman, or wear tights like...well, okay, no one in DC's wearing tights anymore. But you get the idea. It's totally equal, and all the complaints are clearly coming from overly sensitive feminazis who just hate sex and want men to be castrated or something.

Besides, what everyone's missing here is that Starfire's status as an amnesiac nymphomaniac is just because in the New 52, she's taking the place of one-time Teen Titans hanger-on and fellow redhead Terry Long! 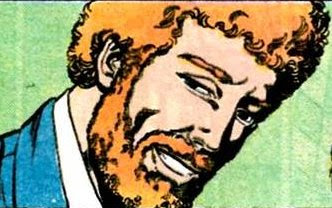 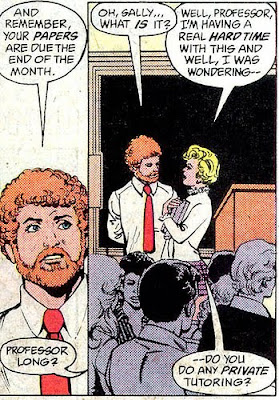 Indiscriminate about his sexual urges, to the point of forgetting about current and former sex partners? 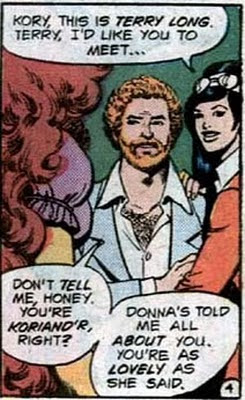 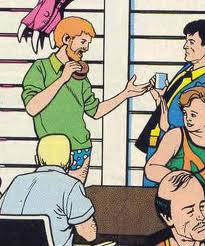 Heck, even that oft-reposted image of Starfire whipping her hair out of the water? 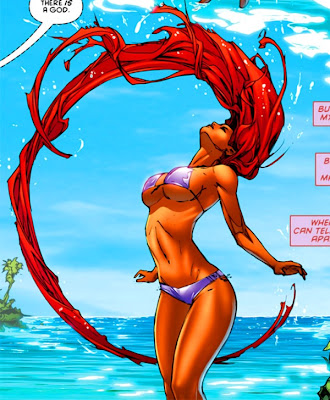 Obviously a homage to this tasteful sketch: 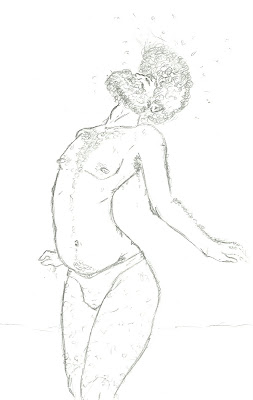 WHY WOULD YOU DRAW SUCH A THING?!

It...it wouldn't leave my head otherwise. It was the only way.