There are lots of stories that target kids by making the adults ineffectual or absent. My favorite book series growing up was Animorphs, where the conceit was mostly that adults--or anyone else--couldn't be trusted. Any adventure series featuring young protagonists has to figure out how said protagonists can have adventures without worrying their authority figures.

Card's method is to make the adults loathsome, and I can't help but see it as pandering.


"So what are you going to do?"
"Persuade him that he wants to come with us more than he wants to stay with her."
"How will you do that?"
"I'll lie to him."
"And if that doesn't work?"
"Then I'll tell the truth. We're allowed to do that in emergencies. We can't plan for everything, you know."

I'll say one thing, it's refreshing not to have to look for any subtext or metaphor. It's the reading equivalent of cotton candy, no effort required.


Ender's anxious about returning to school, which is unsurprising for someone who survived two murder attempts by peers the day before. That said...


"Andrew, you have to eat."
Ender held out his wrists, a gesture that said, So feed it to me through a needle.

The breakfast table is all hi-tech, allowing dad to read the news from it and beeping when there's a visitor at the door, and while I'm sure the movie will make this into some crazy holographic stuff, I can't help but be reminded of the McFly family's table in "Back to the Future II." I wonder if they've got a food rehydrator too.

There's a man from the International Fleet at the door. "You're in deep poo," says Peter.

We also get this wholly realistic bit of dialogue:

Valentine also refers to her parents as "Mother and Father," because she's a small wonder.

The pretense for the I.F. officer's visit is that Ender put Stilson in the hospital with their fight the previous day, and is thus in trouble:


"But I must tell you it doesn't look good. Kicking him in the groin, kicking him repeatedly in the face and body when he was down--it sounds like you really enjoyed it."
"I didn't," Ender whispered.
"Then why did you do it?"
"He had his gang there," Ender said.
"So? This excuses anything?"
"No."
"Tell me why you kept on kicking him. You had already won."
"Knocking him down won the first fight. I wanted to win all the next ones, too. So they'd leave me alone."

The shock-and-awe strategy, I think that is. But it's morally okay, because Ender didn't enjoy it. Intent is magic.

This leads the officer to introduce himself as Colonel Hyrum Graff, because Card suddenly realized he was writing a futuristic sci-fi novel and populating it with characters named Andrew and Peter. Graff invites Ender to the school, and explains that "intent is magic" is a driving theme of the book: "It isn't what he did, Mrs. Wiggin. It's why."

We also get some more of Orson Scott Card's Opinions On The Military: "Conscripts make good cannon fodder, but for officers we need volunteers." Ha ha, take that, the draft!

Ender and Graff have a private conversation, so Ender can make his own decision. It's a weird scene, delving into his parents' religious history--dad's a Catholic, mom's a Mormon, because both Catholics and Mormons have big families but having big families is illegal now, get it!--and how they've renounced their faiths to comply with the law but never really renounced their faiths at all and have been practicing in secret all along and see Ender as a "badge of pride" because they're standing up for what they believe in and holy crap is this tedious.

Maybe it's because I'm not particularly religious, maybe it's because I grew up on a steady diet of humanist sci-fi like Star Trek, but this attempt at making Ender's parents seem like some kind of heroic martyrs sticking it to an oppressive government by practicing their religion in secret is a bit too Narnia for me. Not to mention that it falls a bit flat given how much time Card's spent making the mostly-absent parents look totally ineffectual when they've been around, and showing that their parenting or lack thereof has resulted in one child who plots the murder of the other two. But they baptized the kids, so I guess that makes them good people!

This goes on for awhile, eventually winding its way to what actually goes on at the school, with so much loving detail on the Battle Room:


It's like playing buggers and astronauts--except that you have weapons that work, and fellow students fighting beside you, and your whole future and the future of the human race depends on how well you learn, how well you fight.

"Hey, you know that game you hate where your brother tries to kill you? Imagine that with live ammunition and even bigger stakes than your life or death. You in?"

By the way, ladies, if your were wondering about gender relations in the future and thinking you might be able to be something other than a nurse, teacher, or housewife...


"All boys?"
"A few girls. They don't often pass the tests to get in. Too many centuries of evolution are working against them. None of them will be like Valentine, anyway. But there'll be brothers there, Ender."

...tough cookies. Girls don't get to be world-saving soldiers, because science.

There's a long bit about the first war with the buggers, and about how badly outnumbered and outmatched and outgunned humanity was, and how they never would have won it without Mazer Rackham. I can just imagine a choir singing and everyone holding their hats over their hearts when his name is uttered. But Mazer's gone, and maybe Ender will be the next Mazer. And ten years ago, we had Mazer, Ender, and Johnny Cash...

In case you weren't beat over the head enough with the book's themes, here's another:


And Mazer Rackham and his brilliant maneuvers, destroying an enemy fleet twice his size and twice his firepower, using the little human ships that seemed so frail and weak. Like children fighting with grown-ups. And we won.

Ender decides to go with Graff, because that's the next bit in Joseph Campbell's book. And Valentine gets the last word: "Come back to me! I love you forever!" 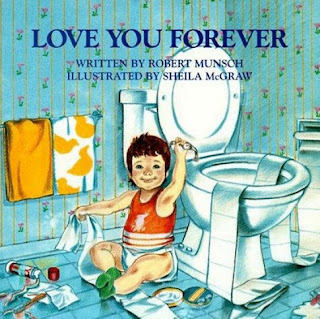 That's exactly what kept popping into my head, too. "You'd do it for Mazer Rackham."

Ace Mazer, what a guy