Despite the words of the naysayers, comics right now are pretty good. Here's my cursory, from-memory assessment of what will and will not be fun in the upcoming months from our favorite publishers. 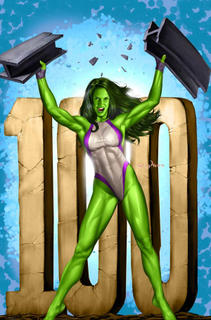 She-Hulk Vol. 2: Fun
She-Hulk Vol. 1 rocked hard. I'm not a huge Marvel fan, so I can't say I picked up on some of the more obscure continuity references, but this series was an absolute romp. I haven't read a comic with this many laugh-out-loud moments since Ambush Bug. I even shared it with a friend who doesn't read comics, and she was thrilled. Last time around, I waited for the trades, and I was not disappointed in the least. This time...well, I suppose I could leave that up to the Fortress-dwellers. Should I add She-Hulk to my pull list, or can I safely wait for the trades without damaging its chances of continuing forever?

Actually, I really think I'm going to wait on this one. Marvel's trades come out frequently enough that I don't feel a distinct need to pick up the "floppies," especially given the price difference and whatnot. 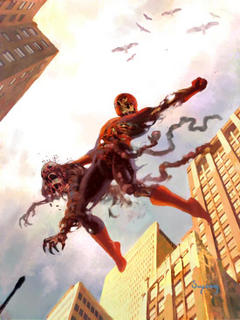 Marvel Zombies: Fun
I haven't read any of Kirkman's "The Walking Dead," but I enjoy "Invincible," and the concept is so far out there that I can't imagine it being bad. Much as I hate accusations of ripping off and copying by the various companies, it'd be interesting to see the DC version of this. Superman hungering for human flesh? Creeeeeepy.

Spider-Man: The Other: Not Fun
Only one thing could make me wait for the trade on a new Spider-Man book by Peter David. A 12-part crossover event helmed by J. Michael Straczynski is it. Especially when it seems to be the catalyst for more Spider-Clone crap, or more "organic web-shooter" style changes. Gah.
Yet, I still plan on buying the trade. A tool is me. 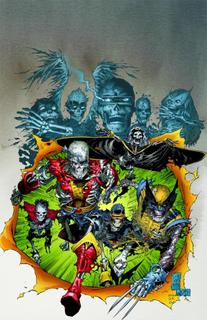 Batman: Gotham Knights and X-Men: Deadly Genesis: Not Fun
Okay, I liked "Identity Crisis," but I don't like this trend of "every superhero has some horrible secret in his/her past" that seems to be dominating about half of comics right now. Barry Allen had Zatanna rearrange the Top's brain, Gwen Stacy had a tryst with Norman Osborn, and Professor X enslaved the Danger Room. Now it looks like Thomas and Martha Wayne may have had a sham marriage, while some villain from Prof. X's past has come back to reveal his darkest secrets, or something. This is a guy who strangled his evil twin in the womb, once carried a Brood, wiped Magneto's brain before "Identity Crisis" made it popular, then went nuts and killed most of the Marvel Universe, and bore a son who warped reality; I really can't imagine how much "darker" his "darkest secret" can be. What next? Was Uncle Ben a serial killer? Did Aqualad cause the Exxon Valdez spill? Are Ma and Pa Kent... swingers? Where does it end?

Superman Secret Files: Not Fun
Another one? Do they really need to do this annually? We know who Superman is, if you're going to do this kind of lame profile book, just bite the bullet, drop the unnecessary stories, and start doing Who's Who again.

Captain Universe: Not Fun
I love Captain Universe. I never read any of his comics (did he *have* comics?), but one of the first memorable comics I ever read was "What if Spider-Man never lost the Uni-Power" or whatever the name of that was. I was so intrigued by the prospect of a cosmic-powered Spider-Man that, many years later, I went and picked up the Captain Universe Spider-Man comics as back issues. It's not a bad story by any means, though I can see why it stopped: omnipotent Spider-Man misses the point of Spider-Man.

So, why does the Uni-Power (Uni-Force?), in this upcoming crossover fifth-week bonanza, decide to bind itself to the Hulk? X-23? Silver Surfer? I suppose it'll be explained, but I can't imagine it being any good. Anything with X-23 stinks of "gimmick" to me.

Now, if they play their cards right, an ongoing Captain Universe comic could be really fantastic. Like Marvel's answer to the too-short-lived "H-E-R-O," except without the endless variety of powers. Still, the Uni-Power's nothing to sneeze at, and it might be good. The event, however, not so much. 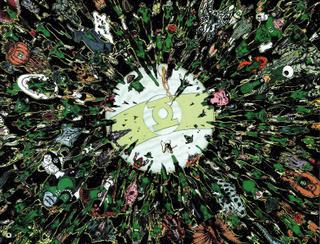 Green Lantern Corps: Fun
I don't know if it has yet been formally announced, but with "Recharge" going strong, it seemed inevitable. Dave Gibbons is doing a Green Lantern Corps monthly. There aren't words for how awesome that is.
Actually, there are. Those words are "hopefully it's more awesome than Rann/Thanagar War."

JLA Classified: Cold Steel: Not Fun
Why does the Justice League need robotic exo-suits? "Mega Morphs" at least had a toy tie-in. "Total Justice" was sketchy on quality, but gave a reason to get the heroes into armor. Why on Earth would Superman need a mech? And, furthermore, why is this prestige format? 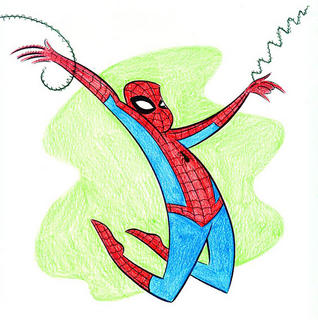 Spider-Man Unlimited #12: Fun
Tom Beland on Spider-Man might be the most awesome thing ever. Anyone who's read Beland's fantastic "True Story, Swear to God" knows about his love for the character. Couple that with his quirky-but-expressive artistic style, his sense of humor, and his wide romantic streak, and you've got a Spider-Man story that will easily be one of the best this year, if not ever.

Spider-Man Family One-Shot: Fun
Tom DeFalco, Ron Lim, and Spider-Man 2099 in one comic? Sounds like it's the distilled essence of the '90s! Throw in '80s icons Peter Porker, the Spectacular Spider-Ham and Fred Hembeck, and you can't go wrong!

Marvel Knights 4 #23-24: Fun
I've never read "4" before, but the premise of Impossible Man bringing some metafictional craziness into the Fantastic Four's lives sounds like a solid and potentially awesome one. I'll be giving these issues a try for sure.

Spider-Man/Black Cat: The Evil that Men Do: Fun
The only not-fun part of this is that I have to go dig the first three issues out of my long boxes. Not a big deal, but I do wish Kevin Smith were more punctual. On-time or years-late, it's still going to have some of the best dialogue and art this side of...anywhere. 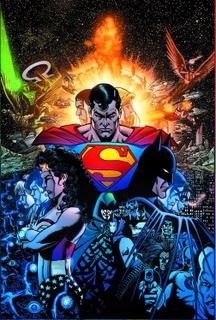 Infinite Crisis: Fun
Ah, but more on that in the next post...