More than Meets My Pull Bag... 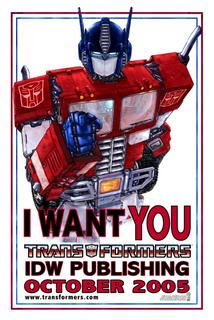 I mean, let's face it, Transformers has been through enough. If you tally up all the different continuities you have to deal with, the result is staggering:
1. G1 Marvel Comics
2. G1 Cartoon
3. G1 British Comics
4. G1 Dreamwave Comics
5. G2 Marvel Comics
6. G1 Japanese Cartoon (From Headmasters, where it split from the American cartoon by disregarding "Rebirth" up through Victory, or whatever the last series was)
7. G1 Japanese Masterforce Cartoon (was this in regular Japanese continuity? I know God Jinrai became Victory Leo later on...)
8. Beast Wars (the "real" continuity, somewhere between G1 comic and cartoon)
9. Beast Machines and TF Universe (reasonably disregarded by everything else, splitting off of the Beast Wars continuity)
10. Japanese Beast Wars 2nd
11. Japanese Beast Wars Neo (might be same as 2nd)
12. Robots in Disguise/Car Robots 2000 Cartoon
13. Armada/Energon/Cybertron cartoon
14. Armada/Energon Dreamwave Comics
15. G.I. Joe/Transformers I and II from Devil's Due
16. Transformers/G.I. Joe I and II from Dreamwave

Even if some of those coincide, it's over a dozen. Now, IDW's doing an all-new G1 series, a Beast Wars series, and an anthology series a la "JLA: Classified" that can tell alternate universe stories, or something, if I remember all that correctly. 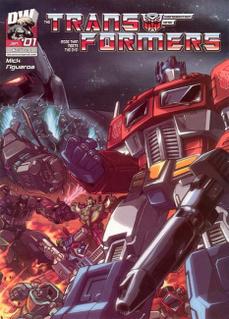 Now, after the awful, awful G1 Vol. 1, by that hack Chris Saraccini and Pat Lee, who can't draw people and shouldn't draw Transformers, I loved everything Dreamwave did with the series. From Volume 2 on up, including Armada (after Saraccini was gone from that too) and War Within, everything at Dreamwave was Transformers gold. James McDonough and Adam Patyk love Transformers, and have the added bonus of being able to write good characters, intricate plotlines, and to craft a compelling, believable universe. I looked forward to Transformers every month, not out of sheer nostalgia (hell, if that had been the case, I wouldn't have stopped buying Thundercats, and there wouldn't be an entire volume's worth of He-Man comics still rotting in my pull bag), but out of a desire to see where their well-done story, the best Transformers since Beast Wars if not the best ever, would go next. Dreamwave's Transformers was more than just a good revival of an '80s property, it was good a comic.

Then, like Fort Max in Generation 2, it got the ax.

Now, IDW has to start from scratch again. Sure, they've got Simon Furman, which means it'll have some good characters, a decent plot, strong showings from Grimlock and Starscream, and a whole lot of death and destruction. What it won't have is the amount of planning and continuity that Patyk and McDonough injected into their G1 series at Dreamwave, and that's a pity.

Will IDW's Transformers be good? I'm going to give it a try, but I'm wary. I've been burned by Transformers relaunches before, and Furman's got a lot to live up to after Patyk and McDonough set the bar. It's a shame IDW couldn't just pick up Dreamwave's storylines. Sigh...maybe someday.
Posted by Tom Foss at 10:16 PM

I definitely didn't catch most of that, so talk more about Beast Wars!