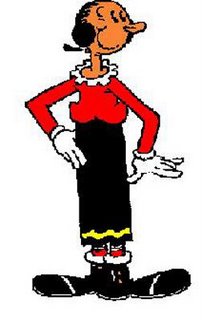 All this "One Year Later" (OYL) talk has made me want to be the first to make that joke. I'm probably not, but I really don't care.

Anyway, I expect to be thoroughly underwhelmed by "One Year Later." Maybe it's because "Superman: For Tomorrow," which had a similar gimmick, sucked so bad. I just think in media res stories are really overdone in pop culture right now, and I'd like to see less "we'll fill you in" and more "ride along with us" in comics. Any major changes in OYL are going to be undone within a matter of five years anyway.

*"Legion of Super-Heroes" is being renamed "Supergirl and the Legion of Super-Heroes." I hate seeing a single character take top billing in a team book, so I hope this doesn't become "Supergirl and a bunch of future people, but mostly Supergirl." She has her own title, and it blows. This does, however, answer my nagging question as to whether or not LSH would be jumping ahead with all the other books. As far as the Supergirl we'll see in these pages, here are the possibilities as I see them:
-It's Peter David's Linda Danvers/Matrix Supergirl. Highly unlikely, as she's dropped off the face of the earth, showed no interest in further superheroics, and was basically David's baby.
-It's pre-CoIE Kara, Superman's cousin. I guess it's possible that it's the Silver Age Kara, just like in Peter David's "Many Happy Returns" arc that closed out his Supergirl series. His plan was to have that Supergirl stick around for awhile with returning to the past cemented somewhere indistinct in her future. Waid could be recycling that idea.
-It's the current Kara. This seems to be one of the most likely ideas, and since Greg Rucka's comments suggest that she probably won't be spending time in the 31st Century in her own book, they'll probably do what they did with Superboy in "Foundations" and pluck her from the timestream somewhere in the present character's future, not knowing exactly when she came from.
-It's Power Girl, who has changed her name to coincide with her new knowledge of her origin. Karen has traveled to the future to join the LSH, partially to distance herself from a world without her family, partially to distance herself from the present Supergirl. I, personally, think this keeps getting more and more likely, but I'd absolutely hate it. PG needs to be on the JSA.

*Ion. Ron Marz writes a good Kyle Rayner (naturally), but I hope that we don't see Cosmic Spidey Kyle anytime soon. I like him leading the GL Corps. My hope is that this book will be about "Ion," a special-ops-type group of new Lanterns, led by Kyle. Ion is a freaking stupid name for a non-electric-powered superhero.

*Rucka on Supergirl can only be better than Loeb.

*I'm wary of Busiek on Superman. I hope it's more like the Samaritan stuff from "Astro City" and less like his plodding, convoluted JLA arc.