Isn't it always the way it goes...you make all sorts of grand plans for the holidays, and eventually they all peter out? Well, at least one thing's going well: I've got two holiday-themed Monomyth entries for you here today! Both ought to be familiar, both have been the subject of songs and television specials, and both are Christ figures! How about that?

Of course, I'm talking about Jesus of Nazareth and Frosty the Snowman! 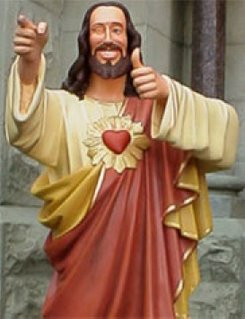 Let's hit up ol' J.C. first. Away in a manger, no crib for a bed, Jesus was born to yon virgin Mary and her husband Joseph, who apparently had fairly little to do with the proceedings, comparatively. His birth was heralded by a multitude of angels, who appeared to certain shepherds in fields where they lay. This son of God by name was born under a star of wonder, which guided three kings from the orient (as well as a small boy with a drum) to pay tribute to the infant king. Meanwhile, King Herod of Judea, feeling threatened by the childlike emperor, orders the massacre of all the children in and around Bethlehem under the age of two. Joseph proves his worth by spiriting his family away to Egypt before this slaughter, after being warned by an angel. Jesus grew up fairly inauspiciously, except for an incident in a temple when he was seven, and we don't hear anything about him until he's a grown man.

He is baptized, whereupon he is told by a spirit (in the form of a dove) that he is the son of God (Call to Adventure). This incident is presided over by John the Baptist (Supernatural Aid), and Jesus promptly heads off to the desert for forty days. There, he is tempted by the devil, but he does not give into temptation (Crossing of the First Threshold). He returns (Rebirth) and performs the occasional miracle before heading back to his hometown, where he is driven out by an angry mob (leading him to the Belly of the Whale). He meets up with some apostles (including an Ally/Shapeshifter by the name of Judas Iscariot) and travels around, preaching the word and performing miracles. At some point, he meets Mary Magdalene (Meeting with the Goddess) who achieves a special position among Christ's followers. Some time thereafter, he shares a last supper with his men, then went into the garden of Gethsemane to pray for guidance ("I only want to say" that it's the Atonement with the Father and Apotheosis). He is betrayed, tried and beaten (The Ordeal). He is crucified and dies (Crossing of the Second Threshold), after which he is buried, but is resurrected a few days later, after which he ascends bodily into Heaven, fully man and fully god (Master of Two Worlds), promising to return someday.

I realize having written that that the cycle might work better if the "First Threshold" were set at his arrival in Jerusalem on Palm Sunday, so just pretend I said that instead.

On the Raglan scale, Jesus's score really depends on who you talk to. His mother is a virgin (1), his father is supposedly descended from King David (2), he is conceived without sex or Original Sin (4), is the son of a God (5), Herod makes an attempt on his life at birth (6), but he is spirited away to Egypt (7). We are told almost nothing of his childhood (9), but upon maturing he goes to his future kingdom (10), where he becomes king (13), reigns uneventfully for a little while (14), prescribes laws (15), loses favor with his followers (16), is driven from the throne (17), and meets with a mysterious death (18) at the top of a hill (19). He is not succeeded by any children (20), and his body is placed in a tomb, not buried, and disappears later (21), but there are loads of holy sepulchres and other places in his name (22). That's a solid 18, but one could argue that he satisfies #8 (reared by foster parents in a faraway kingdom) because of his childhood in Egypt, and #11, after foiling Satan's plans. I guess there could be dispute over 2 and 22 as well, but in any case, he's got a pretty high hero score.

And on the Christ figure traits, I think we can safely say that Jesus satisfies most of 'em. A heroic hat trick! Rock on, Jesus! 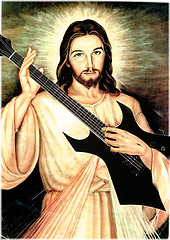 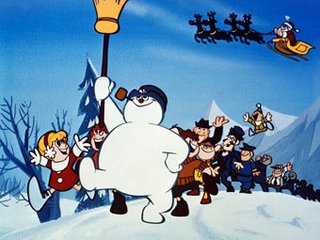 On to our next hero! Frosty's story is a little easier to compress, thanks to the fine folks over at Rankin-Bass. On December 24th, some children start building a snowman, using a corncob pipe, a button nose, and two eyes made out of coal. They top it all off with a top hat discarded by the terrible magician Professor Hinkle. There must have been some magic in that old silk hat they found, because when young Karen (1) put it on his head, he began to dance around (4, The Call to Adventure). Professor Hinkle takes back the hat (6), but Hinkle's magic rabbit, Hocus Pocus (Supernatural Aid), steals the cap back and returns it to Frosty. Frosty comes back to life, though he is incredulous that a snowman could be alive (Refusal of the Call). He comes to terms with this new status quo, but realizes that the sun is hot, and begins to melt. The children suggest that he go to the North Pole, where he won't melt (7), and they head off to the train station. On the way, they encounter a traffic cop who impedes their path, but they pass by (Crossing the First Threshold). Frosty, Karen, and Hocus get on the train in a refrigerated boxcar (Belly of the Whale), with Hinkle in hot pursuit. Frosty takes his friends out when he realizes that Karen is freezing, and they trudge through the harsh forest (The Road of Trials) searching for someplace warm. They encounter woodland critters, who are preparing for their Christmas celebration and Santa's arrival, and the critters build a fire for Karen (14). Hinkle catches up with them and blows out the campfire, demanding his hat (The Ordeal). Frosty and Karen flee (17, Flight) and come upon a greenhouse, where Karen can stay warm. Hinkle locks them inside the hot greenhouse, hoping to retrieve his hat after Frosty melts. Meanwhile, Hocus brings Santa to find Frosty and Karen, though the snowman has melted into a puddle (18, Apotheosis). Santa explains that because Frosty was made of Christmas snow, he can't ever really disappear. To demonstrate this, he opens the door, and a Christmas wind blows in (Rescue from Without). Frosty reappears outside the greenhouse (Crossing the Second Threshold), and Santa defeats Prof. Hinkle. Santa takes Karen back home, and takes Frosty back to the North Pole, though the snowman returns for a parade every year thereafter (20, 21, Master of Two Worlds).

And Christ parallels? Wow, are there Christ parallels. Frosty is in agony (melting), good with children (naturally), self-sacrificing (to save Karen), uses humble modes of transportation (marching here and there, all around the square), spent time in the wilderness (with the woodland critter Christmas!), created some aphorisms ("If I spend too much time in here, I'll really make a splash"), died but was resurrected, had 'apostles' (the group of children), was very forgiving (he didn't harbor any ill will toward Professor Hinkle), and was unmarried. Not to mention that he was born on Christmas Eve, persecuted, and ascended bodily into the North Pole, promising that he would return again someday. People sometimes consider the difficulty of teaching children about the gruesome story of Christ's persecution and death, and I think Frosty makes a pretty good introduction to that. Either way, he makes a darn good hero, and a perfect end to this Christmas post! 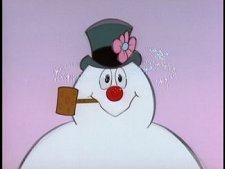 Happy Holidays, everybody!
Posted by Tom Foss at 1:40 PM