At least it's better than that Morgan Spurlock show 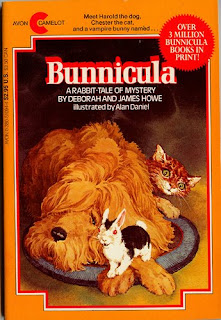 I picked up "30 Days of Night" yesterday--the graphic novel, not the movie. I plan on checking the film out, but I figured I ought to read the story first (especially given some of the movie reviews I heard).

And well, that was disappointing. I've heard so much good about the book for so long, and it's a brilliant concept besides (not as brilliant as werewolf astronauts on the moon, but close), but I was really unimpressed by the final product. It felt more like a story pitch than an actual story.

For one thing, it was way too short. For a story about a town under siege by vampire hordes for a solid month, it felt more like a really quickly-paced bad weekend. We made huge jumps forward in time without much notice, and never really saw the weeks taking their toll on the tiny group of survivors. There's such a thing as over-compression. The brevity of the piece came at the expense of character development, plot development, and suspense, all of which are slightly important to the average horror story. The end might have had more emotional punch if our intrepid hero had received more than half a dozen pages of development; meanwhile, who were the other survivors? Who was the Louisianan photographer? Why didn't they ever follow up on the "we don't have enough supplies to last 30 days" thread?

Ben Templesmith's art didn't help on that front; I hadn't seen his work before this, but it reminds me of a cross between Dave McKean and Bill Sienkiewicz. That sounds like a compliment, since I like both McKean and Sienkiewicz, but it really isn't. What it means is a lot of really sketchy, dark, minimalist art that often obscures the action entirely. While the vampires were necessarily monstrous, it's less scary to see them tearing into and/or leaving behind just amorphous splotches of red that bear no resemblance whatsoever to corpses. Combining an abridged script and unintelligible artwork leads to utter confusion in spots, and as I've said before, confusion kills suspense.

Seeing the ads and previews for further "30 Days of Night" stories in the back of this trade only reinforces my opinion that this book was simply a pitch, a zero issue for the "30 Days" universe. Good for the sequels, I suppose, but bad for those of us looking for a good, suspenseful, substantial horror story.

Watch the movie. It is incredibly good, and takes only the good stuff from the comic while leaving out the crap.

And yeah, I can't stand that crap art style either.

Bah on you Templesmith haters. Dude is a god on Fell. But I agree that 30DoN is more a set-up than an actual story...

Also Bunnicula! Yay! It has been forever since I read that series...