Comics that should be drawn for free

I know it's a little cliché to criticize Greg Land for being the laziest, most shameless tracer in comic art, but so long as the man is being paid to rip off other artists' work with no credit, I think that it needs to be repeated and restated.

One thing, though, that I commonly read in threads about his hack work is that he used to be pretty good and didn't do this kind of thing. I've seen some of his old Birds of Prey covers, and it seemed like that might have been true.

Frankly, I didn't even know it was Greg Land at first. I didn't go back to look at the artist credit until I saw these two panels on the same page: 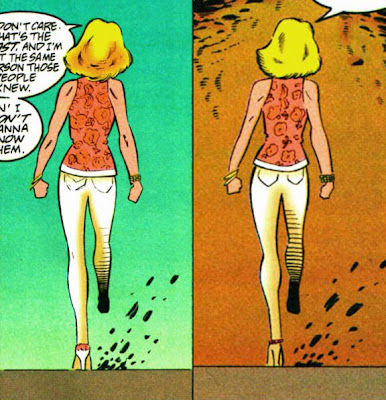 Really? The same exact pose in consecutive panels? There's no reason for it in the story, either.

Then there's these, mercifully spread out in the book: 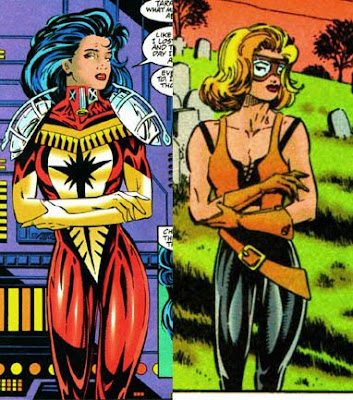 The idea that Greg Land was better in the past is a Comic Book Legend worth debunking. The man is a hack, he's always been a hack, and he will continue being a hack so long as his comics keep selling. There is no reason that Land should have a career as a professional comics artist when there are starving artists with metric tons more talent working on freaking DeviantArt. Anyone can trace, and it's time people stopped paying for Land's stolen work.
Posted by Tom Foss at 6:52 PM